Crossing the foggy Mekong River from Thailand to Laos. 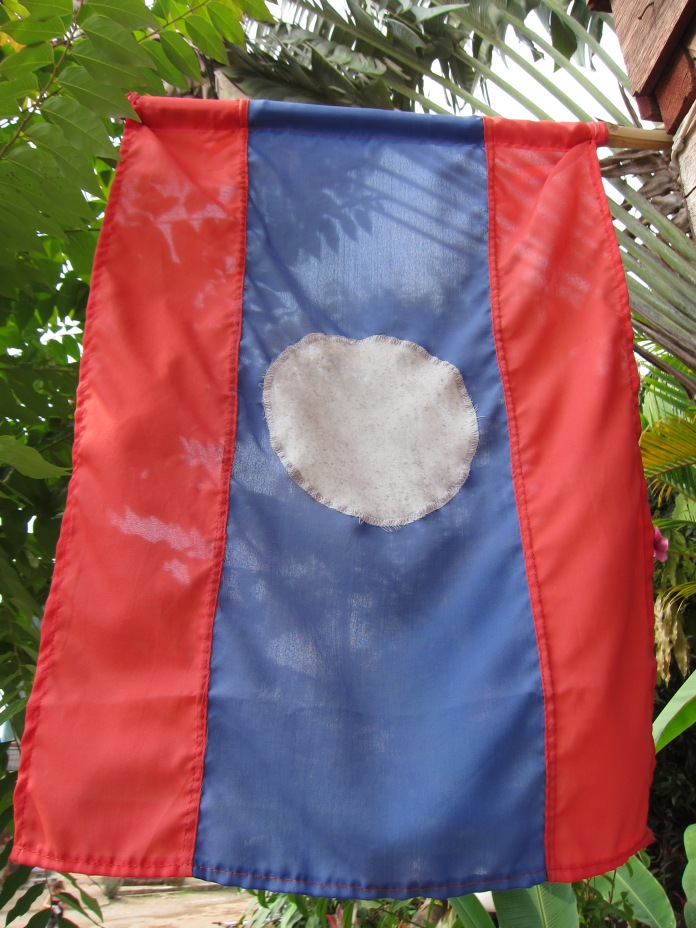 The national flag of Laos.

I spent a few days in Nong Khai, Thailand, on the border of Laos. There were no real tourist attractions there, but I had found a peaceful hotel, the Mut Mee Garden Guest House, right on the Mekong River and it was a nice place to relax. There was a lively market near the river, and just off the market was a pleasant walkway along the water.

This morning I caught a tuk tuk to the Thailand-Laos Friendship Bridge about 20 minutes from Nong Khai. After getting an exit stamp by Thai immigration in my passport, I took a bus across the bridge and joined the short line of other foreigners waiting to get a Lao visa on arrival. Once I had my visa, I shared a tuk tuk to Vientiane with two friendly French women traveling together, and was checked into my hotel a short time later. 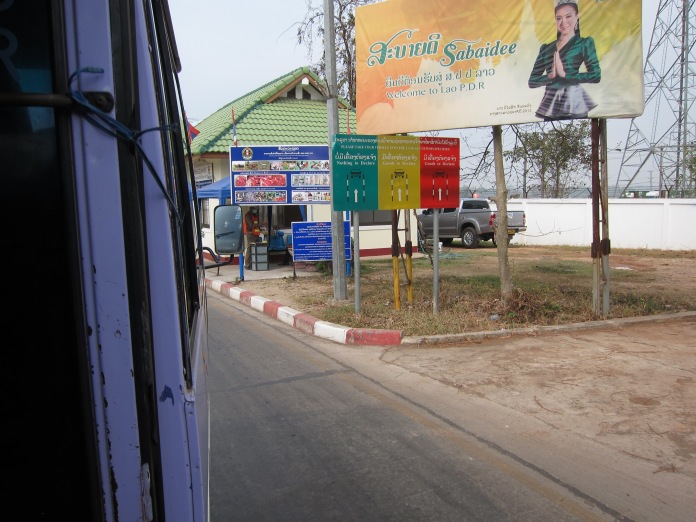 Although it seemed that most places in Vientiane accepted Thai Baht, I thought it would be best if I withdrew some Lao currency from the ATM near my hotel. I instantly became a millionaire! (One million Lao Kip is about $127).

I spent some already.