I spent hours taking photos while walking Bandipur’s small, narrow plaza, its cobbled side streets, and a few twisting trails that snaked around on the hillsides. During the day the temperature rose to around 30 degrees Celsius, but at night it cooled down to a pleasant 18 degrees or so — perfect sleeping weather.

The silence of the night was only broken by the gentle, rhythmic chirping of Bandipur’s local cricket families (the insect, not the game!) and the occasional crow of an insomniac rooster.

At breakfast this morning on the balcony of the local cafe, one of the cadre of roosters hopped over, took a few pecks on the wooden floor, then bumped over to the edge of the balcony and began a dialogue with a kindred bird some way off.

I can offer no onomatopoeias to express the sound of this call-and-response duet, but if translated from Nepali Rooster to Normal English, it probably went something like this: Chicken One – “Honey I’m at Ke Garne Cafe. Do you need anything?” Chicken Too – “We need some bread crumbs – can you pick up a few pecks?” Chicken One – “Sure honey, I already did but…unfortunately I swallowed them.” Chicken Too – “Oh well, Ke Garne.” Chicken One – “Oh, and, the eggs are fresh today! Should I bring some?” Chicken Too – “No, I just laid a few new ones this morning, so we should be set for a while.” 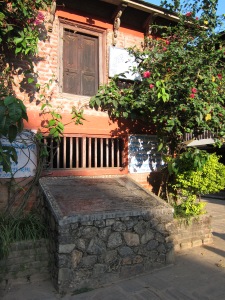 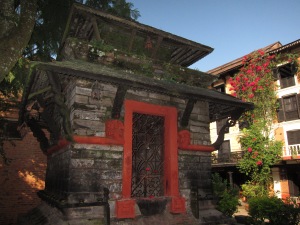 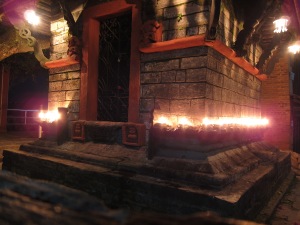 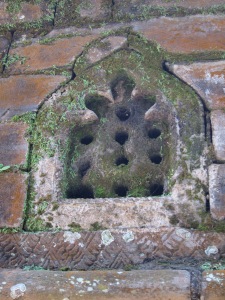