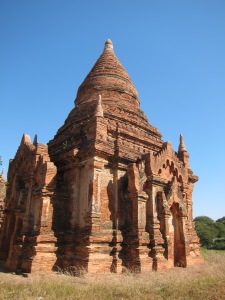 It seemed that the easiest way to see the Bagan temples (while getting some exercise) was to rent a bicycle and meander around the ruins at my leisure. I rode from Nyaung U, where my hotel was located, towards the town of Old Bagan, stopping along the way at any temple that looked interesting. 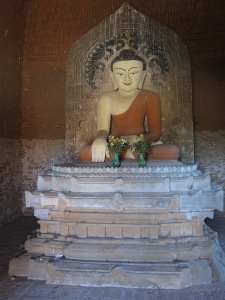 As I was cycling along the road I noticed a sign for the National League for Democracy, the previously banned party whose leader, Aung San Suu Kyi, was under house arrest for many years (she now has a seat in the parliament). I took a moment to dismount from my bicycle to take a photo and wave to the NLD members working inside. 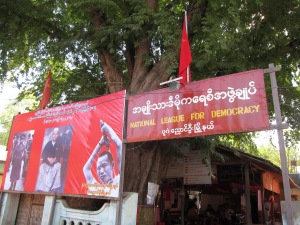 Local Headquarters of the previously banned National League for Democracy, in Nyaung U.